KhelPlayRummy is all set to celebrate a grand rummy festival this summer. Starting on 1st April 2015, KhelPlayRummy has designed a 7 days of fiesta for all rummy lovers till 7th April 2015.

Thus, rummy enthusiast who log in during the fest will have an offer every day they log in, and the offer will just get better and larger with every passing day.

On 1st, 2nd and 3rd April 2015 KhelPlayRummy is giving away flat 7.5 % cash back on all wagers by the players. And this wager gets better between 4th and 6th April 2015 when the cash back escalates to 10%. Similarly KhelPlayRummy also has 22% bonus designed for players making a deposit on 1st 2nd and 3rd April which jumps up to 23% on 4th, 5th and 6th April.

Biggest Rummy Offer on 7th April – Wait for it

Also friends referral which usually is 100% upto Rs.1000 of friends deposit has been scaled to 200% upto Rs.2000, this gives KhelPlayRummy’s regular players a great opportunity to earn big bonuses by inviting their friends to KhelPlayRummy.com.

But that is not all, the real surprise with great benefits awaits for those who stay on and login on 7th April which will be celebrated as Rummy Day. The cash back and bonuses will hit the ceiling and there would be much more. An absolutely lucrative proposition for all serious rummy players and rummy enthusiast.

It’s a week of festivity, it’s a week of grabbing offers and making money. But most importantly, it’s a week of playing some good rummy as a lot many players with different level of expertise will gather on KhelPlayRummy.com to play some serious rummy.

Biggest Rummy Offer on 7th April – Wait for it 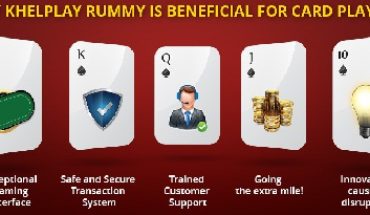 How to Play Rummy, Promotions
More