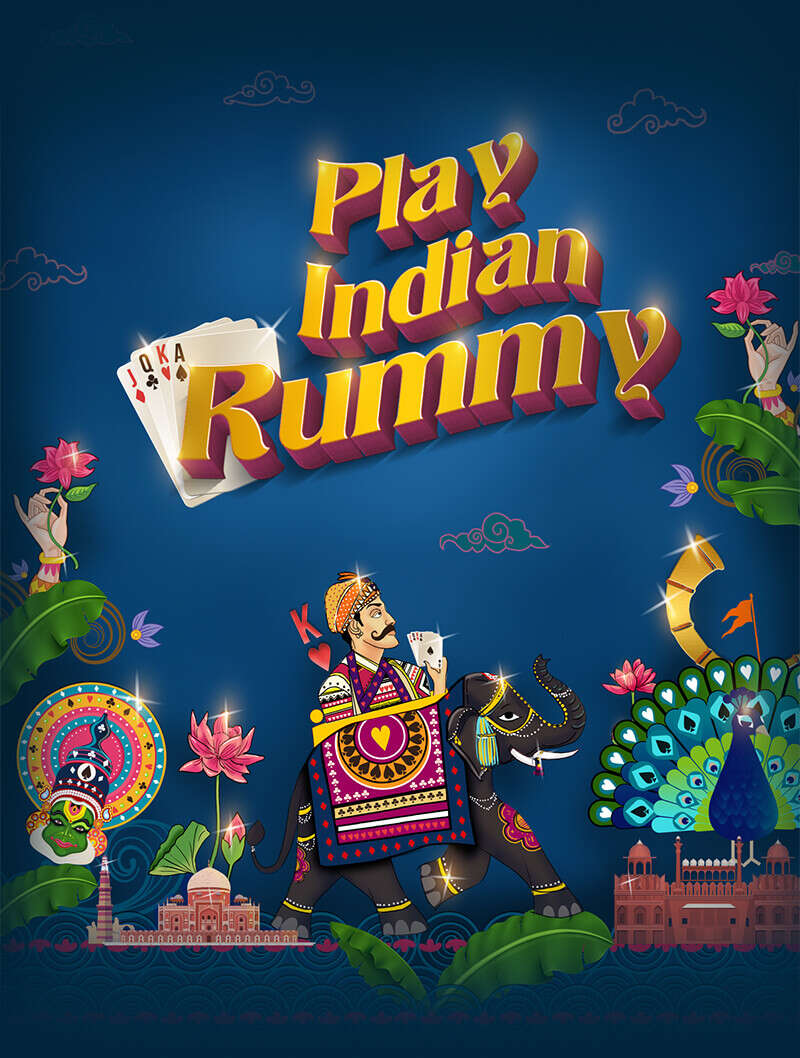 By registering, you agree to our T&C

Locally referred to as ‘Paplu’, the Indian Rummy can be said to be inspired mainly by Gin Rummy & Rummy 500 and is as much fun to play as any of its Western cousins. There are two popular versions of India Rummy games played across India, 13 Cards Rummy & 21 Cards Rummy. 13 Cards Indian Rummy and 21 Cards Indian Rummy - the two versions are so named because of the number of cards being dealt to each player at the start of the game, which are 13 and 21, respectively. These two versions are traditionally played in homes among family members and groups of individuals on festive occasions as well as during friendly get-togethers like kitty parties, marriages, and anniversaries. These games enjoy widespread popularity in clubs and card rooms across India and are also indulged in as a leisurely pastime activity by people traveling on long-distance trains in India.

Online Rummy Game, having been acknowledged by the Supreme Court of India as a game of skill, playing Rummy for stakes is completely legal on online gaming platforms such as KhelPlay Rummy. 13 Cards Rummy & 21 Cards Rummy are the two versions of Indian Rummy that people are mainly attracted towards. Similarly, Rummy can be played in legally-established card rooms in major cities and towns across all states in India. (except Assam and Odisha).

Passion for the traditional 13 cards Indian rummy game has been the main reason for Online Rummy gaining popularity. The other reason for online Indian Rummy finding favour with audiences is that it allows people, even from the remotest corners of the country, to play the 13 card Rummy game; the only requirement being a PC or Mobile Phone and a stable 2G or 3G internet connection. The ease of playing a game of rummy across the web with another rummy enthusiast is what attracts people towards Online Rummy in its different forms. Also, hassle-free online payment with online support and call support being made available to Players makes it a completely safe and trustworthy platform to play the rummy card game.

How to play Rummy card game?

The Rummy Card Game can be played for free or for cash between 2 to 6 Players with 2 or 3 decks of cards. 13 or 21 cards each are dealt to every player in a Rummy Card game, which then have to be melded into appropriate groups such as Sequences and Sets. The online Rummy card game also makes use of Printed and Wild Card Jokers. What makes 13 Card Indian Rummy and 21 Card Indian Rummy so popular among Rummy Players is the fact that they are easy to play and can be enjoyed in different variants such as Pool, Deals, and Points. For more information on how to play Rummy card game, click here.

By registering, you agree to our T&C

2 Enable External Sources on your phone