One of the most popular card games in the world, rummy is played with equal gusto online as well as off. It is interesting to see how this particular card game finds so much favor among gamers, with many even engaging in it on the virtual platform. The game, however, has a lot more to know about, like its history, its benefits (besides the cash angle), and a few tidbits. Here are some interesting rummy facts that you could read through to know more about the game :

There are a lot of theories that surround the origin of the rummy game. Card games per se are believed to have originated way back around the 9th century AD during the Tang Dynasty in China. Over the many centuries that followed, the cards underwent many transformations in design. One of the theories of the origin of rummy states that the game is inspired by the draw-and-discard game in China, called Mahjong. Another theory talks about the link between rummy and the gambling game, Hanafuda, played in Japan. Rummy has been a popular social game for about 50 years, and is known to be among the most played online card games today.

While it may seem that all the Queens in a deck of cards look alike, the truth is quite the opposite. It appears that the Queen of Diamonds is supposed to be the only one wearing a slight smile. Similarly, among the four Kings, the Clubs and Spades Kings hold swords, while the other two cards depict their Kings with weapons behind them.

Another rummy fact is that the game is a great stress-buster. Particularly for those who spend long hours at work and have commitments to take care of on the home front too, rummy turns out to be an effective channel for relaxing and momentarily keeping aside worries and tension. Also, the sense of achievement that rummy provides on winning even one game beats out all the stress from the mind.

Rummy inculcates in you the skill of multitasking. When playing variants that involve huge hands, like 13 or 21 card rummy, you need to handle many things to keep up with the game, like arranging your hand in a logical order for better planning, observing your opponents, anticipating moves that they could make, and strategizing. Only when you can smoothly manage so many tasks at one time, can you win the game.

Makes you a People Reader

Playing rummy efficiently calls for keen observation and application of perceived information. In order that you may make the right moves, you need to be aware of all that takes place at the table. You need to be an astute observer of all your opponents’ moves, try and understand the kind of sequences they’re trying to make, and work accordingly. This ability to read people helps in any other aspect of life too.

Legal Game, not a Gamble

In India, rummy is not treated as a gamble. The courts of law in the country have declared the game as one that requires skills and intelligence to win, more than pure luck. Hence, whether it is played for fun or real cash, rummy cannot be termed a gamble. It is also officially excluded from the Betting and Gambling Act of the Indian Constitution. Although a few states have still not cleared the air with regard to the legality of the game, in most parts of India, rummy can be played without fear of being caught for gambling.

5 Life Lessons that Rummy can Teach You 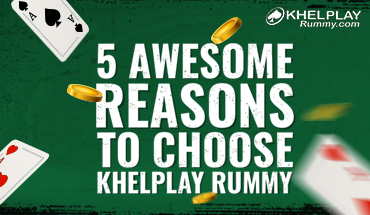 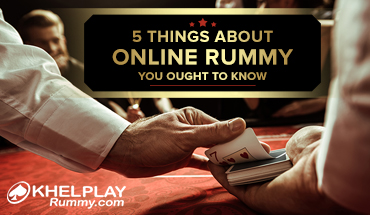