There are many Indias within India and so, here we are all celebrating the same festival with gusto but with different names and traditions. The nation has geared up to welcome not just the cheer of Makar Sankaranti but also to be one with the spirit of Pongal.

Pongal is essentially the harvest festival of Tamil Nadu that marks the return of the sun to the northern hemisphere. The festival has been named after the Tamil word, meaning “to boil”. Pongal celebration takes place for four long days where Mother Nature is worshiped and people thank nature for bestowing them with food grains.

Pongal is associated with many legends but the most popular ones are those  having to do with Govardhan Mountain and Lord Shiva and his bull, Nandi. In the former, Lord Krishna is said to have lifted the mountain on his little finger on Bhogi, which is the first day of Pongal, to shield the cattle and people the angry rain god – Lord Indra.

As per the legend of Lord Shiva, on the third day of Pongal, Lord Shiva sent his bull Nandi to tell people to have oil bath daily and eat once a month. However, Nandi became confused and instead told people to eat daily and bathe once a month. This mistake enraged Shiva who then cursed Nandi, banishing him to live on the earth forever. He would have to plough the fields and help people produce more food. Hence, the association of this day is with cattle.

When is Pongal Celebrated?

Pongal is celebrated at the same time every year, at the start of the Tamil month, Thai. It always commences on January 13 or 14.

Where is it Celebrated?

Being one of the major Festivals of India, Pongal is celebrated all over India. In different regions it is known by different names. It is known as Lohri in Punjab, Makar Sankranti in the North Indian states, Hadaga in Maharashtra, Bihu in Assam, and so on.

How is it Celebrated?

The four days are celebrated as follows:

As the Tamil saying goes “Thai Piranthal Vali Pirakkum” meaning that when the month of Thai dawns there will be way of love, peace, harmony, prosperity, and joy in everyone’s life, we at Khelplay Rummy wish all of you a prosperous, healthy, and wealthy Pongal. Celebrate Pongal with Khelplay Rummy by availing Bonus in Sankranti & pongal Special Bonus Offer at KhelPlay Rummy. 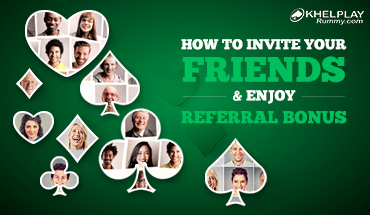