The Purpose of the Game

The main purpose of the Canasta card game is to make maximum number of melds with or without the use of jokers (wild cards). The players may make use of canasta tricks to outwit the opponent and win the card game.

The Dealing of Cards in Canasta

The dealer distributes 11 cards to each player. The cards are dealt starting from the player to the left of the dealer. The cards are dealt such that the last card is always dealt to the dealer. Just like in rummy card games, the remaining cards from the deck are placed at the centre as stock. The topmost card is left open. The upward card cannot be an ace, two or three. If it turns out to be any of these, the next card is taken till a natural card shows up. Players who learn the game through the canasta quick guide often get confused about these aspects.

The Way the Points are Calculated

You should also clarify your doubts regarding points calculation when you ask how to play canasta card game. Point calculation is an important part of playing Canasta Card Game correctly. You need to understand canasta card game rules first. As per these rules, every card has a fixed value in points as listed below:

The points value of a meld in Canasta Card Game is the sum of all the point values of cards used in the meld. Apart from these points, there are also points counted for different bonuses as per the canasta game rules. It is important to understand these also before playing the card game.

An important facet of canasta card game rules is about canastas and melds. Here we have discussed this in greater detail. A meld is an arrangement of cards of the same rank. A meld can also make use of wild cards for completion but requires at least two natural cards as base. The maximum number of wild cards used for completion of a meld is three.

A Canasta is a type of meld that is made of seven or more cards. A Canasta must have at least four natural cards as the base for it to be valid. There are two types of Canastas in this game. As per the canasta rules, players get bonus points for each of these Canasta types. If a player presents a natural Canasta that does not make use of any wild cards, he gets a bonus of 500 points. If a player presents a mixed Canasta (a Canasta that makes use of wild cards for its completion), he gets 300 bonus points.

People who are just learning the Canasta card game have many questions apart from how do you play canasta card game. Here we have tried to identify and answer most of these queries for the new players. Read them to get all your questions about canasta tips and tricks answered.

How To Play Canasta With 4 Players?

How To Play Canasta With 6 Players?

How To Play Canasta With 3 Players?

The canasta rules change slightly when the game is played amidst three players. The number of decks used for the game may also vary accordingly.

How To Play Canasta 2 Player?

The players are initially dealt 15 cards each when there are only two players in the game. There are minor tweaks in the canasta cards rules to make the game more enjoyable. The canasta rules for the game specifies that the player will draw two cards from the stock rather than one during his turn. The player needs to complete two canastas two end the round in this variation. All the regular rules that apply to Canasta card game apply to this version too.

Answers shared above will help you understand clearly how do you play canasta. Thanks to technology, it is now possible to enjoy your favorite card games online too. Just insert your query on how to play canasta online and you will come across several answers to assist you. There are multiple apps where the online version of Canasta card game is available. In any of these apps/websites, you will easily find the answer to how to play canasta online. You just need to download a trustworthy app and starting online gaming. Here are some things to check while selecting an online gaming app: 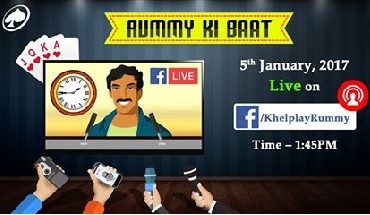 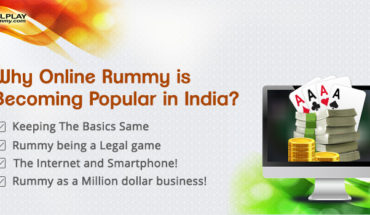