One of the most awaited update on KhelPlayRummy.com was the inclusion of tournaments on the website. We have once again kept with users demand for the tournament and as promised we have launched a tournament section on the website.

The section will have an array of tournaments for players to pick from and these tournaments will run round the clock. Presently, KhelPlayRummy has made live two tournaments Freshers Tournament and Crazy Tournament wherein all registered users can participate in them and win cash prizes.

What’s more? Both the tournaments made live are free to participate.

A small introduction to the two live tournaments

Points Rummy is the format being played on Freshers Tournament and there will be 6 tournaments played in a day, however newly registered player can participate in this tournament only once in a day, but for all 30 days from the day they register.

It is named crazy tournament and sound crazy too, but there is nothing crazy about it. The crazy tournament gives you 12 opportunities in a day to strike it rich. With as little as just Rs10 as an entry fee you have the opportunity to play for a modest prize of Rs.216. A level based tournament, two players from each level enter the next level to play for the prize money. A prerequisite for participant for crazy tournament is that they have to be depositing players.

So with two tournaments now live, it indeed is a boon for players on KhelPlayRummy.com who can now have more fun playing their favourite game. 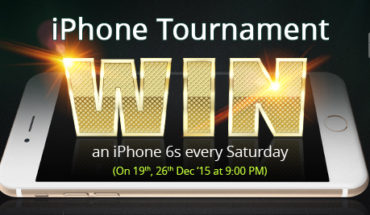 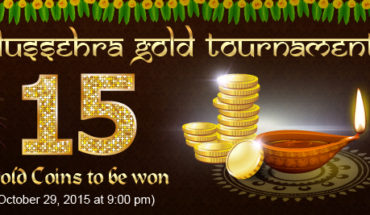