Teen patti is an interesting game that has drawn players towards it for hundreds of years. This game promises hours of fun and intrigue for all its players. There are also people who make money by playing teen patti online!

If that is the case, then today is your lucky day as we are going to tell you everything you need to know about teen patti rules and how to play teen patti.

1. How to Play Teenpatti?

The first thing you need to know about how to play teenpatti is that this game can be played between 3-6 players, and it requires a simple deck of 52 cards. Every player must contribute to the boot amount or the minimum stake of the game.

In teen patti, the ace card ranks the highest, while card 2 is of the lowest value. The main aim of the game is to have the top three card hand and increase the value of the pot as much as possible.

This is an overview of how to play teenpatti. Now, let’s move on to talk about the important teen patti rules. All the major teen patti game rules are mentioned below.

Now, you must have a basic idea of how to play 3 patti. Hence, the next thing is to focus on the rules. At the start of the game, the deck is shuffled, and each player is dealt with three cards.

The different hand rankings that one needs to know while learning teen patti game rules are mentioned below.

Straight run or pure sequence refers to the presence of threes sequence of the same suit. This could mean having 4, 5, and 6 of a diamond. This is an important hand ranking that one should know about while learning how to play teen patti game.

Normal run or sequence consists of three sequences in consecutive order from different suits. If you know how to play teen patti game, then you know that this could mean Q of a diamond, A of spade, and J of the club.

Flush or color consists of three sequences of the same color and suit. If you want to know how to get good cards in 3 patti, then you should know about this move.

A pair sequence is when 2 of the threes that are dealt with are of the same rank.

High card is when one gets high ranking cards that vary in terms of their color, suit, and order.

Before learning how to play teen patti online with money, one must also know about the betting process. A detailed betting process is mentioned below.

Playing blind means that the players will not check their cards before beginning the game. This is a risk which can either work in favor of or against the players.

Playing seen refers to when the players view their cards and then place their bets according to it.

Sideshow or back show move refers to when players see their cards before making a bet, and other players can request the sideshow move. It is the decision of the player to either accept or reject the request for the move.

A tie is when the last two players decide neither to show nor pack the game. The amount of the pot is divided between the two players.

At the end of the game, when only two players are left, one of the players can ask to show. Here, the player can stop the access to show move, double the stake amount, or bet four times the value of the current stake.

4. Enjoy Playing Games like Teen Patti? Why Not Try Rummy? Sign Up on Khelplayrummy.com to Win Big By Playing Rummy

If you have figured out how to win in teen patti, then you should head on to khelplayrummy.com. At KhelPlay Rummy, players can play rummy online from the comforts of their home. Players can place bets by creating an account for free!

So, what are you waiting for? Start playing rummy at KhelPlay Rummy now! 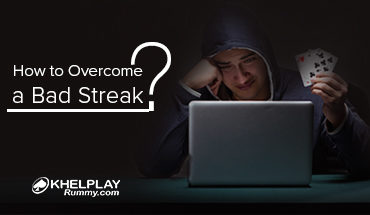 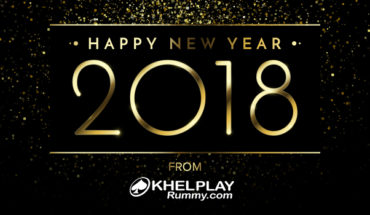