The modern card decks of playing card games include two jokers and a blank card. There is no standard design for a joker card. You may come across many innovative designs for jokers in decks of different regions. In the past, the blank cards were regarded as Cards that maybe used instead of existing patti when any of them wear off. This is not the case these days as many of the modern card games even make use of blank cards.

In euchre game, a joker is extremely important. It plays the role of highest bower or highest trump. Here joker has great value.

Just like in many other games, in poker too, a joker acts as a wild card and maybe used as a replacement for any card.

There are many different variations of INDIAN Rummy. Some classic rummy examples are 13 card rummy game, 28 card game, points rummy, etc. The existing jokers in the deck can be used to complete sets as well as real sequences. Once a pure sequence is formed, a joker may prove very significant in helping a player win a game of rummy online.

Canasta is a game where the joker as well as the deuce play the role of a wild card. The minor difference in the two is that joker holds 50 points while forming a meld while the deuce holds just 20 points while melding. Thus a joker has more significance.

Mighty is yet another game where the joker holds great significance. It is true that the joker cannot be played in mighty in the first or the last trick. Yet, joker remains the second most powerful card in this game.

Joker is used differently in different variations of pitch. In some variations, jokers are used as point cards. The jokers may vary in value and maybe termed as high point and low point joker.

War is yet another card game with many unique variations. In some of these variations, joker has more value than any other card.

Chase the joker is a modification of the old maid game. The joker is used instead of the ace in this game.

Go fish is a unique card game played between two players. In this game, the joker is used simply to avoid a tie of 13-13 pairs.

The distinctive use of joker in this card game is noteworthy. In this game, when a player plays a joker card, the next player is forced to skip his turn.

While there are many odd references to origin of joker in a card game, today the card has a different meaning for each game esp. rummy. Many of the online sites have come up with artistic representation of joker patti. Share your own little information regarding joker cards to expand the knowledge of lovers of online rummy games. Know how to use the Joker card here. 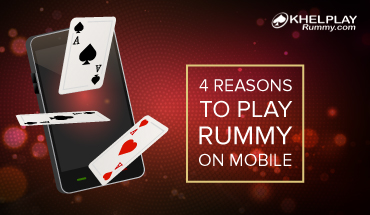