Home
Uncategorized
Which Is More Fun to Play: Pool Rummy or Points Rummy?

Rummy is a card game that is most commonly played in different parts of India. Indian rummy has many unique variations that make it interesting and entertaining. Pool Rummy and Points Rummy are two series variations of rummy card games that you can enjoy even on Khelplay Rummy. Rummy lovers may have varying opinions about which is going to be more fun to play. For those players who do not enjoy series games, Points Rummy is yet another variation you can enjoy on Khelplay Rummy. Here we have first thrown light on the two different variations of rummy and then analysed which is the better of the two options, Pool Rummy or Points Rummy. Read along to know:

In the game of pool rummy, the cut of points is decided in the beginning of the game. Anyone who reaches these cut off points first is the loser. It is a series game that extends beyond one round. The game is enjoyable for people who have time at hand and enjoy playing a long game of rummy. Top rummy gaming websites like Khelplay Rummy have varying lengths of pool rummy so that the players can take their pick and enjoy the session. The variations in Khelplay Rummy of this game are listed out explaining how the games may differ.

In this variation of pool rummy, the player who makes 101 points first loses the game. The variation is short and the players need to be very quick with their moves. They need to understand how to reduce points and when to quit the game if they hope to win this variation of rummy card game on Khelplay Rummy. Here are some quick rules to get acquainted with for 101 Pool Rummy:

A Quick Synopsis of Which Game Will Appeal to Whom

While the points rummy game is quick and exciting, the pool rummy game is challenging and requires more strategic planning. People who look for a quick means of entertainment will choose points rummy but people who wish to hone their rummy gaming skills will choose pool rummy. Pool rummy can be enjoyable even without cash play but points rummy mostly appeals to people who prefer cash play. Both the games have their pros and cons and which of these games you prefer depends greatly on your frame of mind. 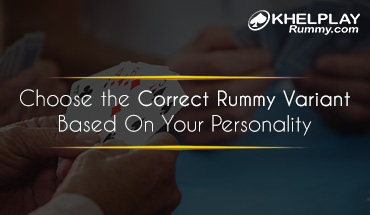